Every year, 300-400,000 Americans suffer from sudden cardiac death. Some of these would be preventable with an implanted cardioverter defibrillator (ICD), which restore normal heart rhythm, but the vast majority of deaths lack known risk factors pre-mortem. We draw on a dataset of over 400,000 ECGs from a regional health system in Sweden, linked to death certificates, and train a residual neural network to predict sudden cardiac death. In an independent validation set of patients from the same region, we show that our model adds considerable predictive power, both in terms of standard metrics (AUC), and by identifying a large number of high-risk patients lacking traditional risk factors. To investigate whether predictable deaths are also preventable, we show that high-risk patients - and only high-risk patients - who receive a defibrillator have significantly lower mortality. Finally, we apply the model to a completely independent validation set of patients, drawn from the emergency department of the largest hospital in Taiwan, and show that it accurately discriminates patients who go on to suffer cardiac arrest from healthy controls.

This lecture series in intended for Physicians of all specialties, nurses, Physician Assistants, Information Technology Specialists, and Researchers interested in Artificial Intelligence in healthcare. Faculty of all levels, students, residents, and fellows welcome. Personnel from the healthcare technology sector may also be interested in attending the series.

Upon completion of this activity, participants will be able to: 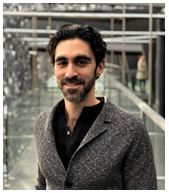 Mass General Brigham designates this live activity for a maximum of 1 AMA PRA Category 1 Credit™ per session. Physicians should claim only the credit commensurate with the extent of their participation in the activity.

Cost:
$20.00
Please login or register to take this course.

Contact partnerscpd@partners.org if you require assistance in cancelling your online registration.